Extending the service life of existing structures through their rehabilitation and strengthening rather than demolishing to build a new construction is not only a sustainable choice but also cost effective. For key transportation structures, repairing or strengthening rather than substituting a bridge element may benefit the economy of an entire community. Fiber-reinforced composites have been proven to be an effective solution to increase or restore the capacity of reinforced concrete (RC) members. The most common type of composite is fiber-reinforced polymer (FRP) composites that are comprised of continuous fibers embedded in an organic matrix such as epoxy. Although the FRP technology has been abundantly studied, certain drawbacks, such as the low glass transition temperature and the difficulty of applying the composite on wet surfaces, raise some questions on the use of FRPs. A new type of composite, often called fiber-reinforced cementitious matrix (FRCM) composite, that employs inorganic matrices appears to be a viable alternative to FRP in some key applications. However, as the bond mechanisms of FRCMs are somehow different from those of FRP, there is an urgent need of understanding the fatigue behavior of FRCM-strengthened RC beams and increase the knowledge on the fatigue response of FRP-strengthened RC beams. The proposed research aims at providing design recommendations on the use of FRCM composites for structures subjected to fatigue loading and providing practitioners and DOT personnel with guidelines on the fatigue limits of RC structures strengthened with FRP and FRCM composites. An experimental campaign at the material and structural levels will be used to build a fatigue model of the bond behavior that could be implemented in numerical simulations to study the key parameters of the fatigue response of strengthened beams and therefore allow to determine the conditions under which FRCM rather than FRP could be a more suitable solution. 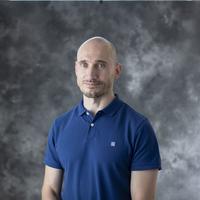